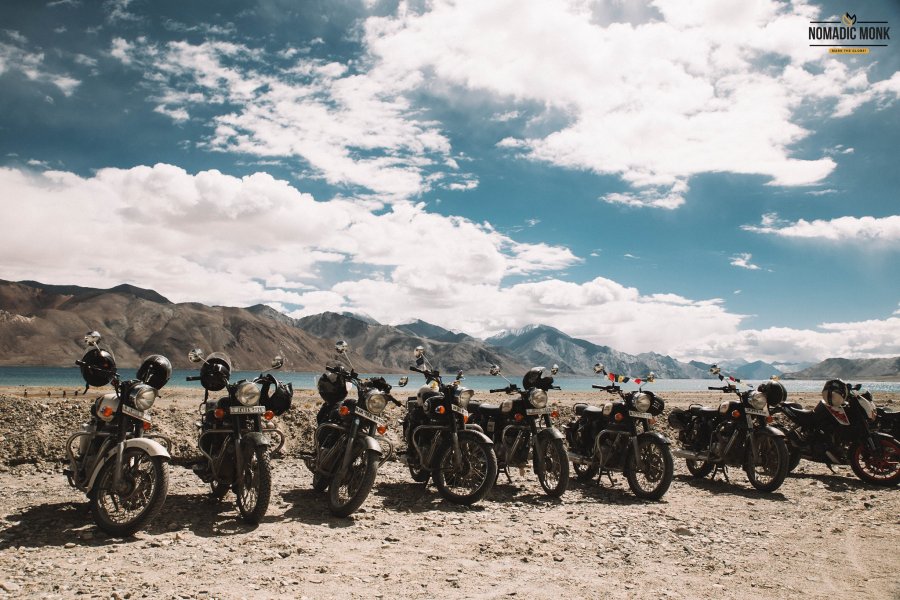 Leh Ladakh is home to many thrilling activities which activate adrenaline rush in one’s veins and pulses, and because of its raw and challenging roads, the place has become a drooling invitation to the Bikers of India and the globe around. A Leh Ladakh Bike Trip has lured every adventurer’s heart in its explicit beauty, which for once can break the soul of the rider with challenges but at the same time gives such inner confidence that one ends up learning new lessons with each twist and turn. To undertake this sensational journey, you would have to either own a bike or rent it out from Bike rental companies, in the former case you can easily plan and execute with keeping some important things in mind which will be discussed further below, but in the latter case, there are N-number of things which need guidance at every step of planning. Here we have discussed Bike rental rates in Leh Ladakh and other tips and tricks for people who are planning a bike trip to Leh Ladakh.

The Bike rental for Leh Ladakh rates slightly increased in past few years, but not much as due to the lockdown the tourism suffered a great loss, so this year the rates remain the same without any additional hike in price. 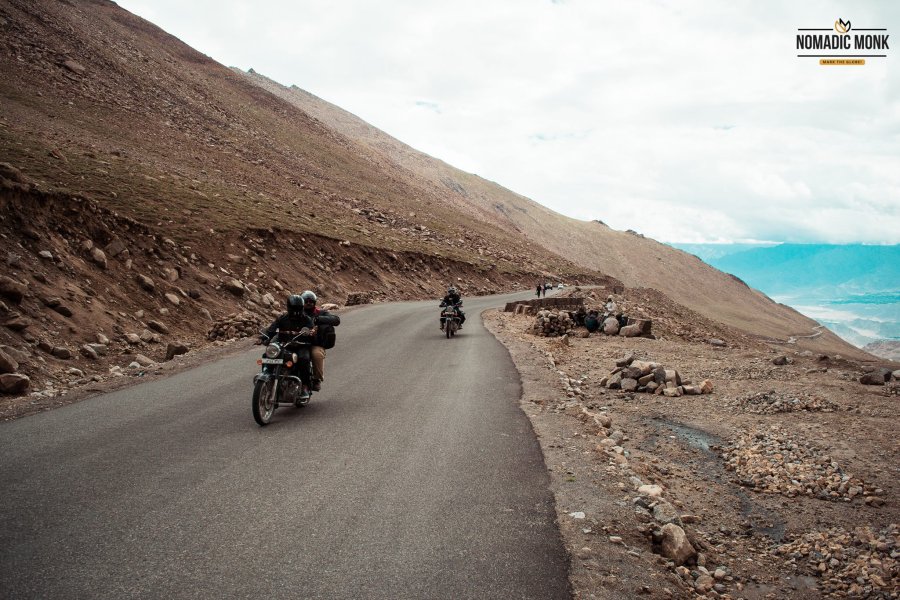 This is a commonly opted option for those who want to cover Leh Ladakh trip by bike, and are either traveling solo or with a pillion, nowadays this is famous among group tours too. You can rent a bike from either Manali, Srinagar, or Leh, but in that too there are some variations which are discussed as follows-

Manali to Leh highway is one of the most daring routes for bikers, high passes at the altitude of 4000m and above, serpent-like roads of Gata Loops, water streams overflowing roads near Zingzing Bar, and illusionist roads of More Plains, one couldn’t ask for more adventure in this 428 Km long Highway. To cover Manali – Leh highway you can –

You can rent a bike from Manali, ride it up to Leh and leave it there with reliable sources of your rental company (plan it out with the company beforehand), and then rent another Leh-based vehicle to explore the local region. This option is best suited for those who are to catch a flight from Leh airport or are going to Srinagar after Leh Ladakh. This option will charge you additional  Rs 7,000 to Rs15,000.

Srinagar-Leh highway is best suited for those who plan to enter Leh Ladakh after spending some quiet and peaceful time in the lap of Srinagar valley. This 425 km long highway is comparatively more suited for a comfortable journey than the Manali-Leh highway, yet there is no compromise in the panoramic views and beauty of this road. Similar to Manali, Srinagar-based bikes are also not allowed for local sightseeing in Leh Ladakh. So you can either –

Just like Manali, you will have to rent a bike from Srinagar to Leh but you have to park the bike in your hotel and rent another local bike (Leh Ladakh bike rental association does not allow outside-based rental bikes to operate in Leh Ladakh local tourism). After sightseeing, take the former bike back to Srinagar.

This facility allows you to rent a bike for one side coverage – from Srinagar to Leh, and drop the bike in Leh itself. This way you don’t have to drive it back to the actual pick-up location. This option will cost you Rs7000 to Rs15000 extra.

3. Renting a Bike in Leh and leaving it in Srinagar/Manali

Agencies in Leh, offer the facility but you will have to bear the additional cost. You can contact several agencies to confirm their rates and terms.

Travelers rent bikes for exploring the local regions of Leh Ladakh. Places like Khardungla Pass, Nubra Valley, and Hunder dunes are worth exploring by bike. As you cannot use Manali/Srinagar or any outer-based rented vehicles for local sightseeing, hiring bikes from Leh becomes inevitable. 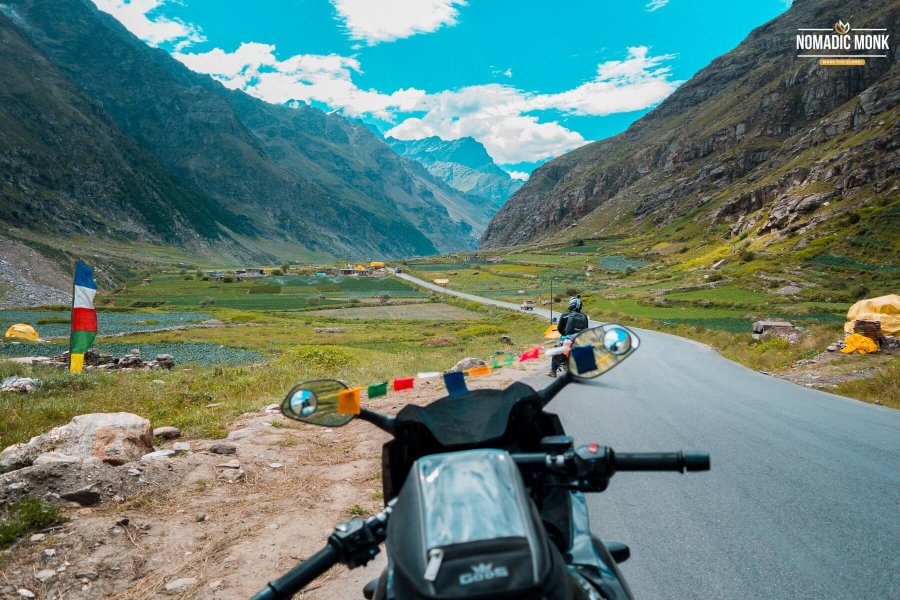 If you are traveling by privately owned bike, you will face no restriction in Leh Ladakh as long as the bike is registered in the name of your parent or real sibling (proof must be produced to show that the bike is owned by family i.e. if you are to borrow your sibling’s bike, your address must match), on the other hand, if you are riding your friend’s bike, you will have to park it in Leh itself and then rent another local bike. 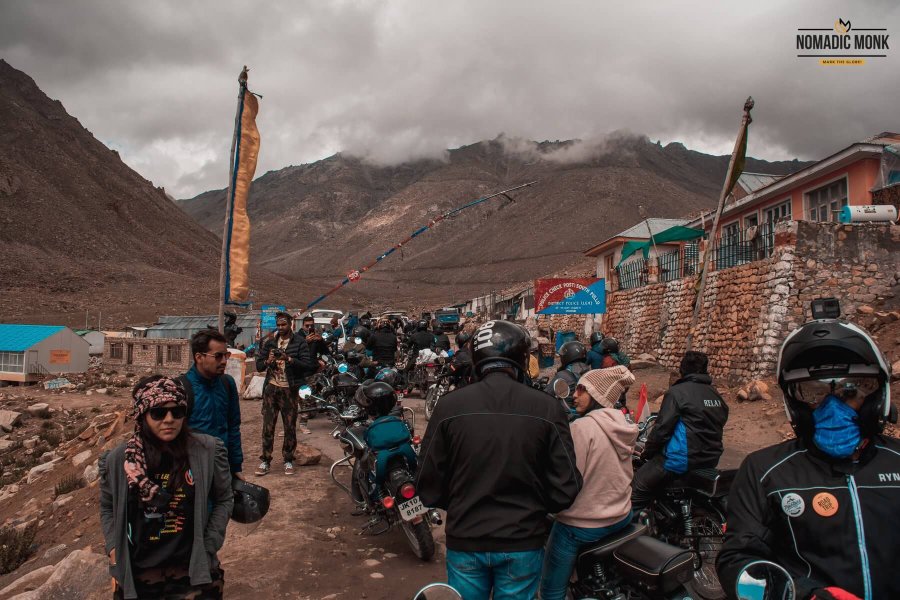 Why Non-local rented bikes are not allowed in Leh Ladakh?

Even though any such laws for the prohibition of outside-based rental vehicles are not passed by the government, it is conventionally followed by a majority, and please do not think of rebelling against it as you might end up getting your bike vandalized or captured. As such a case you can’t ride outside based bikes in places like Pangong, Nubra, Khardungla Pass, or even in local Leh City.

When is the best time for Leh Ladakh Bike trip?

Usually, during the season time in Leh Ladakh – June to September is the best time for a bike trip in Leh Ladakh. During this time, all the homestays and facilities are functioning so you will get good accommodations and other luxuries easily and at a reasonable price. The Ladakhi culture is in its full fledge colors during this time around. Other than that reconstruction and smoothening of roads are also completed, after the lockdown of highways for 5-6 months due to snowfall, so you will find roads in good condition during this time around.

Yes, you can rent a carrier for Rs. 100 and other accessories for somewhat the same price range, check the prices above.

Half a day timings end at 2 P.M., if you fail to return by then you will have to pay the full amount. You can check the rates above.

3. Can we rent the bike from Leh to Manali/Srinagar?

Yes, some agencies offer this facility. You can go through the details mentioned above.

4. Can you ride Manali based rental bike in Pangong/Nubra/Kargil?

No, you can’t ride Manali based bikes in the regions of Leh Ladakh. You can only ride them to Manali-Leh or Srinagar-Leh highway.

5. Are the road conditions of Leh Ladakh suitable for bikes?

The condition of Highways connecting to leh is suitable are relatively in good condition for bikes, at some places the road might go a bit off-beat but that is only reasonable considering the geographics of the place. The local areas of Leh Ladakh are still going through new road constructions, so be prepared for a rough ride in some bits and parts of the journey.